What is Friction & Type of Friction 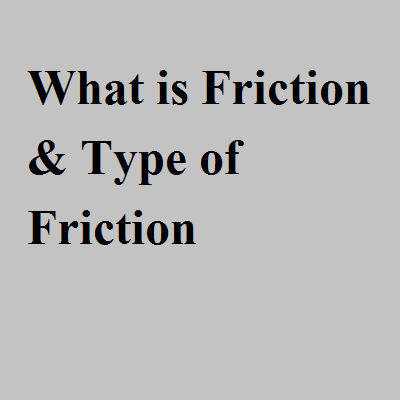 It we slide or try to slide a body over a surface, the motion is resisted by a bonding between the body and the surface. This resistance is called frictional force.

Advantages and Disadvantages of Friction

By polishing, by lubrication, by proper selection of material, by using ball bearing the friction can be reduced to same extent.

One thought on “What is Friction & Type of Friction”