What are the Qualification & Powers of The President of India 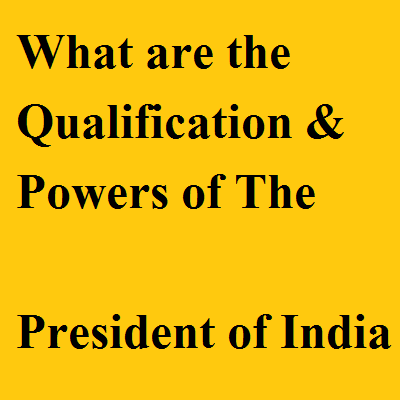 Can be impeached only on the ground of violation of Constitution.

All money bills can originate in Parliament only on recommendation of President.

2. State Emergency (Article 356)
Emergency due to failure of constitutional machinery in State.