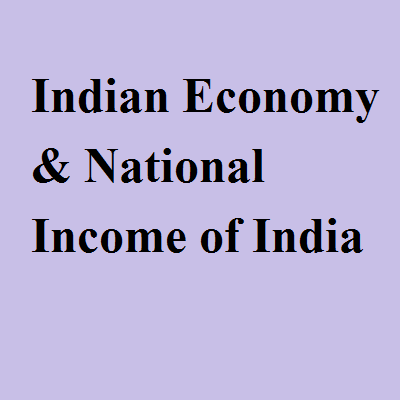 Agriculture still is the dominant contributor (in employment) to GDP of India. The three sectors of economy are primary, secondary and tertiary sectors.

According to National Income Committee (1949), “A national income estimate measures the volume of commodities and service turned out during a given period counted without duplication”.

It is the total money value of all final goods and services produced within the geographical boundaries of the country during a given period of time.

GNP refers to the Money value of total output of production of final goods and services produced by the nationals of a country during a given period of time, generally a year.

When NNP is calculated at factor cost (FC) it is called National Income.